As Senior Vice President of Sales & Marketing, Rick Williams is responsible for overseeing the Sales, Sales Engineering, and Marketing efforts of Broadband.com.

Rick a 15 year veteran of the telecommunications industry, began his career with MFS Communications in 1997 as a Class 5 Switch Translations Engineer. He later worked as a Network Install Engineer with Intermedia Communications, and in various sales leadership positions with Allegiance Telecom and Level 3 Communications.

Rick attended Catawba College, where he was a three year letterman on the football team. 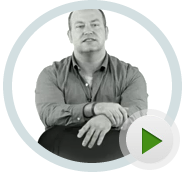 Learn more about the company culture of Broadband.com and our parent company Bandwidth.com.

“The real test is not what bells and whistles a company has, but when fires start how they are subdued. Broadband has routinely provided more than prompt responses – they have delivered proactive resolutions.”